The Command Module sits between the HP (300 Bar) Pump and the Hose Reel and Umbilical to the Lance.  Its role is to house and add abrasive to the water flow when required and to receive and send various commands to/from the HP Pump (and Engines when fitted) and the Lance. 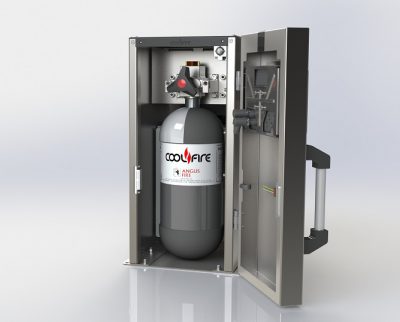 The Command Module is the control centre for the whole CoolFire system. It houses the majority of the 300bar high pressure circuit and the ‘quick change’ abrasive bottle containing 5 minutes supply abrasive. The Command Module manages the metering of abrasive into the water flow when the Lance Operator requires it. 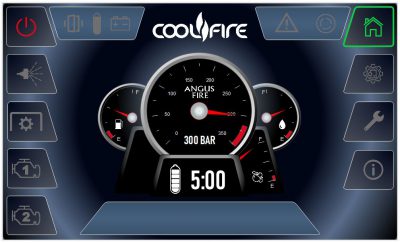 The Command Module also houses the electrical control system which sends and receives system information and commands. It incorporates a membrane touch panel with various operating displays including water pressure, hours run and abrasive used.  The membrane touch panel also houses a number of buttons for functions such as on/off and system test.  A number of status and warning indications are also present.